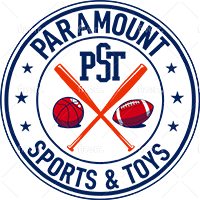 Add to wishlist
Compare
Category: - OTHER

STRATEGY GAME: Experience an intense two-player struggle for supremacy in the ancient world! Challenge your opponent and bring your civilization to victory with Prestigious Buildings, Military Supremacy or Scientific Supremacy.
TAKE CONTROL OF YOUR CIVILIZATION: Decide to invest in science, military or prestige. If you fail to build defenses, your capital city may be destroyed, but ignore technology and your people may be left in the dark ages. Will your city achieve greatness, or will your opponent prevent you from completing all your Wonders?
CIVILIZATION WAS BORN FROM EVOLUTION: One game of 7 Wonders Duel plays over the course of three rounds, called Ages, during which you will choose cards with increasingly powerful effects. Each card you choose will influence your general strategy.
VICTORY CAN BE ACHIEVE IN THREE WAYS: By invading your opponent’s capital, by achieving a monopoly on scientific advancement, or simply by crafting the city that will earn the most victory points in the end. But be warned: only seven of the eight Wonders in play can be built.
7 Wonders Duel allows multiple strategy opportunities which makes each game thrilling from beggining to end. Average Playtime: 30 minutes. LOOKING FOR NEW ADVENTURES? Try our 2 expansions: Pantheon and Agora (Note: Expansions require 7 Wonders Duel Base Game to play). 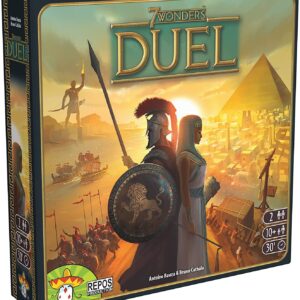